Rob Schaal talks to Crazy Eddie's wife, Penny Funk! Expect to hear some crazy stories and have a good laugh with us.

This show will be presented by Rob Schaal, a tattooer of 25+ years. Rob has been in the industry his entire life; born and raised in Rockford, Illinois. Rob will be talking and showing flash from Milton Zeis's shop and talking out of his "tattoo tent" that he used to do shows in all over the states.

Reinventing the Tattoo Podcast
Recorded live from Guy Aitchison's tattoo community
When Guy Aitchison was 16, his sister Hannah approached him from out of the blue and asked him if he felt like going to get tattooed. Guy had never thought about the subject before, indeed had never seen any tattoo work walking around that had made him think anything about tattooing. But the idea immediately appealed very strongly to him. They made an appointment at a grungy local shop for the following week, during which time Guy played around with drawings for the piece. And he had dreams: Dreams of getting tattooed. Of doing tattoos. Of teaching tattooing... of standing on a stage addressing a tattooed crowd. He knew right away that he had found his calling. 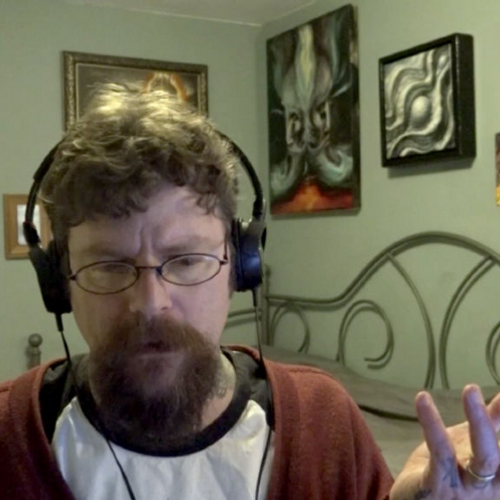